George Orwell had a problem with utopianism, and did not reserve his scorn for the idealists of his own era. One of my favourite of his essays is his excoriating 1946 analysis of Jonathan Swift’s Gulliver’s Travels. 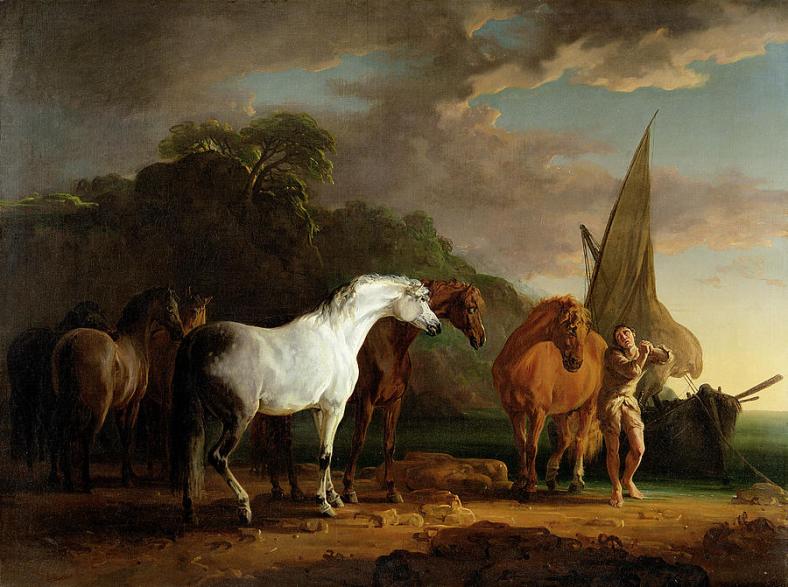 Swift’s remarkable work is fantastic adventure, an exercise in unreliable narration, and a work of satire. It spoke volumes about Swift’s own perspective on politics. The utopian component of the work is introduced with his descriptions of the imaginary ‘Houyhnhnm’ society – a civilisation of sentient horses, embedded in their natural context but plagued by the aggressive ‘Yahoos’, who turn out to be thuggish humans. In the book, the contrast between Houyhnhm and Yahoo society forces Gulliver to question his assumptions about the moral advantage of humans over nature.

Orwell, however, focuses upon the qualities that Swift identifies as being at the core of the Houyhnhm civilisation. They appear to be capable of achieving unanimous consensus on any question of importance. Orwell, always conscious of the diversity of legitimate human reasons and perspectives, saw the very definition of totalitarianism in the utopia that Swift offered up for veneration:

[P]ublic opinion, because of the tremendous urge to conformity in gregarious animals, is less tolerant than any system of law. When human beings are governed by ‘thou shalt not’, the individual can practise a certain amount of eccentricity: when they are supposedly governed by ‘love’ or ‘reason’, he is under continuous pressure to make him behave and think in exactly the same way as everyone else. The Houyhnhnms, we are told, were unanimous on almost all subjects. The only question they ever discussed was how to deal with the Yahoos. Otherwise there was no room for disagreement among them, because the truth is always either self-evident, or else it is undiscoverable and unimportant. They had apparently no word for ‘opinion’ in their language, and in their conversations there was no ‘difference of sentiments’. They had reached, in fact, the highest stage of totalitarian organization, the stage when conformity has become so general that there is no need for a police force.

Orwell’s anti-rationalism is striking. It goes beyond simple acceptance of a kind of Rawlsian “fact of reasonable pluralism” – where “the diversity of reasonable comprehensive religious, philosophical, and moral doctrines found in modern democratic societies is not a mere historical condition that may soon pass away; it is a permanent feature of the public culture of democracy” – but also seems to chime with something like the Oakeshottian view that a belief in self-evident answers to all questions necessarily leads to a dangerous willingness to force conformity, to reject difference, and where “nothing is of value merely because it exists”:

Swift approves of this kind of thing because among his many gifts neither curiosity nor good-nature was included. Disagreement would always seem to him sheer perversity. ‘Reason,’ among the Houyhnhnms, he says, ‘is not a Point Problematical, as with us, where men can argue with Plausibility on both Sides of a Question; but strikes you with immediate Conviction; as it must needs do, where it is not mingled, obscured, or discoloured by Passion and Interest.’ In other words, we know everything already, so why should dissident opinions be tolerated? The totalitarian Society of the Houyhnhnms, where there can be no freedom and no development, follows naturally from this.

Orwell is arguably being too harsh on Swift here, who comes across as firmly sceptical about rationalistic or utopian projects elsewhere in his works. It’s far from clear that Swift means for us to admire every aspect of Houyhnhnm society, but rather to draw his readers’ attention to the pathologies of his era – discrimination, racism and anthropocentrism. Orwell’s conclusion that Swift’s entire world-view “only just passes the test of sanity” therefore comes across as one blow too many.

But the critique that Orwell levels raises an important question for contemporary political theory: how many of us find something to long for when we read about the consensus-driven society of the Houyhnhnms – and how right are we to do so?

One thought on “Against Houyhnhnm Society! Orwell, Swift, Public Opinion and Disagreement”